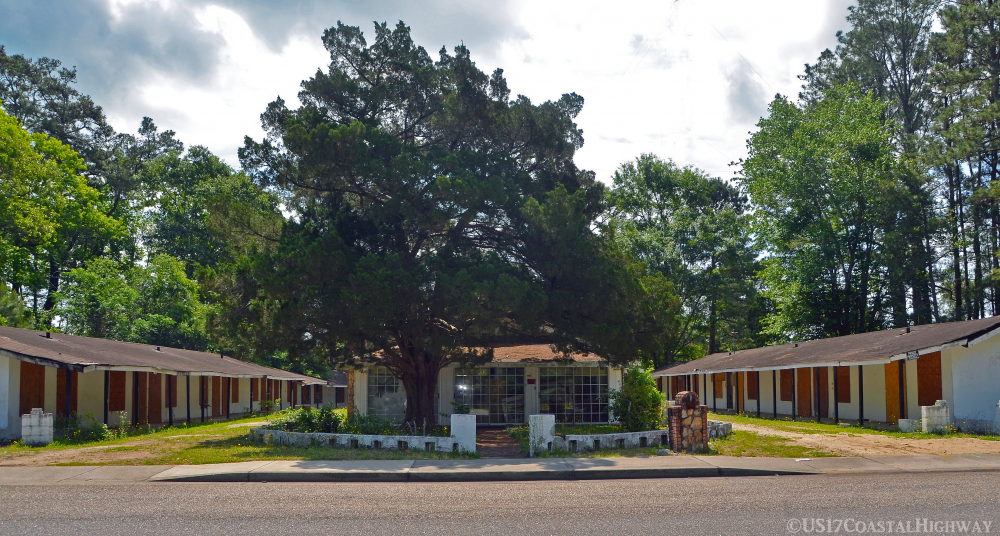 Listed in “The Negro Motorist Green Book”, the Fitzgerald Motel was a safe place for African-American musicians to stay while performing in the Myrtle Beach area, where they often performed at Charlie’s Place (part of the “Chitlin Circuit”) which, along with the motel, was owned and operated by Charlie Fitzgerald.  Mr. Fitzgerald had connections, and was able to bring singers like Billie Holiday, Little Richard, Fats Domino, Marvin Gaye, Sam Cooke, Ray Charles, Ruth Brown and many others to his club.  From Frank Beacham’s book “Charlie’s Place”:  “The old saying goes that when Billie Holiday sang at Charlie’s Place, the pine trees above—fanned by a gentle ocean breeze—whispered along with the music. To this day, that patch of trees on Carver Street is called Whispering Pines.”  Blacks and whites alike were often found dancing into the night to the amazing music at Charlie’s Place where a dance style – The Shag – was born.

On August 26, 1950, the KKK raided Charlie’s Place on a busy night – they vandalized the property, shot numerous rounds of ammunition into the building, and beat Charlie Fitzgerald and left him on the side of a deserted road. He survived, but was never the same – nor was Charlie’s Place.

Last year the City of Myrtle Beach purchased the land where the Fitzgerald Motel resides and where Charlie’s Place once stood, but recently postponed plans to demolish the motel.