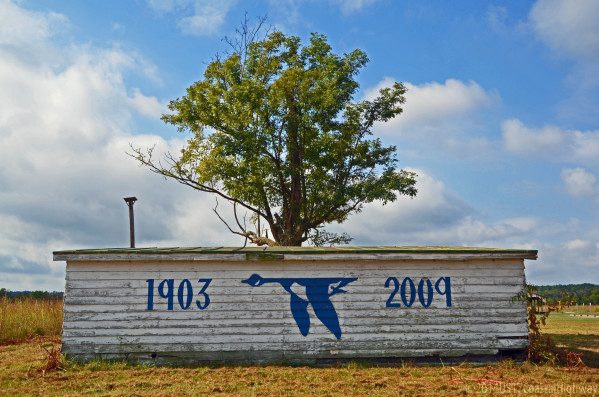 The Blue Goose has been the symbol of the National Wildlife Refuge System since it was drawn by Pulitzer Prize–winning cartoonist J.N. “Ding” Darling, a proponent of wildlife conservation in the 20th century. Darling was the first chief of the U.S. Biological Survey, the forerunner of the U.S. Fish and Wildlife Service. The Blue Goose, painted on the side of this shed, greets you as you enter the Hutchinson Tract just off Highway 17 (aka the Tidewater Trail). The “1903” symbolizes the year that President Theodore Roosevelt established the first National Wildlife Refuge, along Florida’s central Atlantic coast (Pelican Island) – and “2009” is the year that the Hutchinson Tract opened to the public.

The Hutchinson Tract lies just north of Tappahannock, Virginia, and consists of 727 acres that sits along Mount Landing Creek.  This tract contains 1.5 miles of accessible wildlife viewing trails, as well as a fishing pier (along Mount Landing Creek), a canoe/kayak launch, observation decks and interpretive signs along the way.

Friends of the Rappahannock 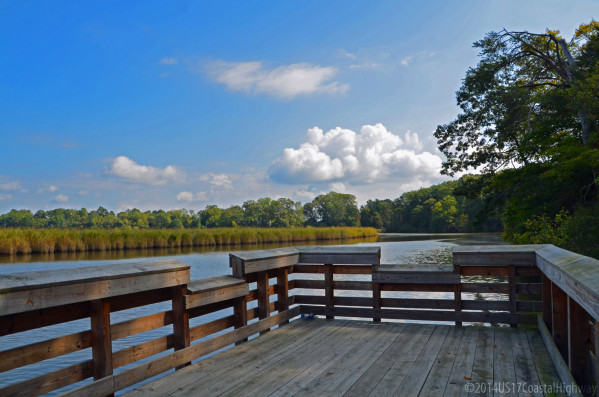